Hot Fall Discount: 15% Off All Packages and Free Shipping. Ships in 2-4 Weeks!

Our Pro Base Package is a great model. It’s everything you need to get started. You can customize now or add accessories down the road. Ships in 2-4 weeks! Shop Now. 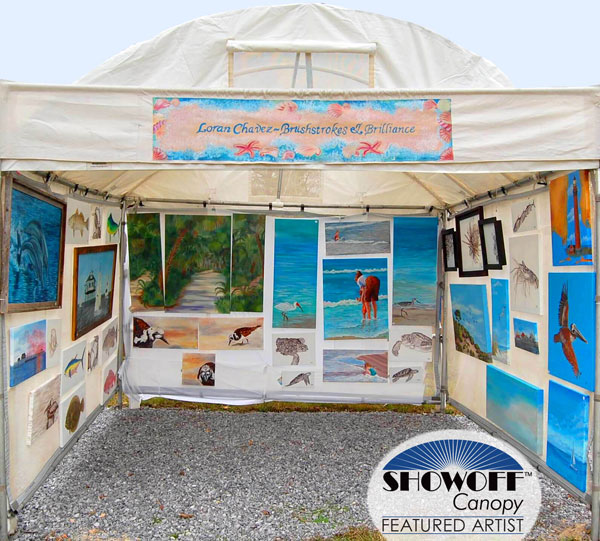 Loran Chavez is a brilliant artist who has been residing in Fairhope, Alabama since 2010. She spent a large part of her time growing up traveling because her father was in the Air Force.

Loran Chavez is a brilliant artist who has been residing in Fairhope, Alabama since 2010. She spent a large part of her time growing up traveling because her father was in the Air Force. This constant movement gave her the opportunity to see more than most kids could ever imagine and later on became a major influence on her work. Her artwork features landscapes, still lifes, and marine life presented in a realistic style created with either oil, watercolor, or her favorite choice, acrylics. 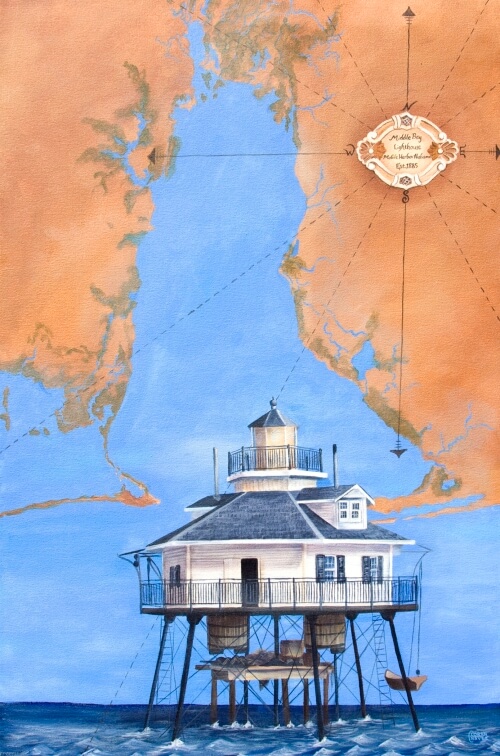 As it turns out Loran actually bought one of first canopies we ever produced. After more than two decades since its introduction in 1990, her Showoff Canopy is still functioning and looking great. Loran even repurposed an old golf bag to help carry the pipes for transport. She told us about a recent show she attended called Gulf Breeze where there were intense 30-40 mph winds. While other artists were not as lucky as Loran, her Showoff Canopy withstood the winds as it has proven time and time again.

Loran was originally focused on sewing, but in the early 90s an accident took place that forced her to give up her original passion. She did not stop there and ultimately triumphed. This event is where she claims that “painting became her therapy”. From a temporary loss to a wonderful success, Loran is clearly driven by her passions. She is currently a full-time artist and appears at shows all across the country bringing her Showoff Canopy along the way.